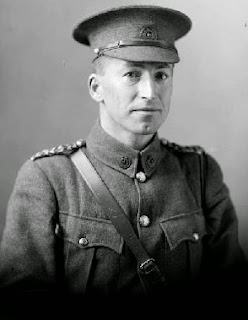 The Forsythe family moved to Coupar Angus, a small township near Dundee, in Perthshire, Scotland. They lived in Coupar Angus' Union Street, probably above the butchery business run by Alister Forsythe's father, Andrew, and where his older sister Elizabeth worked as shop assistant. Alister attended the Coupar Angus Public School. A jeweller, watchmaker and optician by trade, after finishing school he served his apprenticeship at Ramsays', a family firm of jewellers and watchmakers of long-standing in the city of Dundee. [2]  He later spent some time working in England after he qualified. He was recorded as living at 14 Tower Street, Ludlow, on July 5th, 1910, when he received his warrant as Scoutmaster of the 1st Ludlow Scout Troop.  Ludlow is a medieval market town in Shropshire, on the Welsh border. He emigrated to New Zealand around 1911 and settled at Motueka, near Nelson, where he was manager for nearly four years at the High Street, Motueka, store of Messrs Brown Bros., manufacturing jewellers and watchmakers based in Nelson. [3] 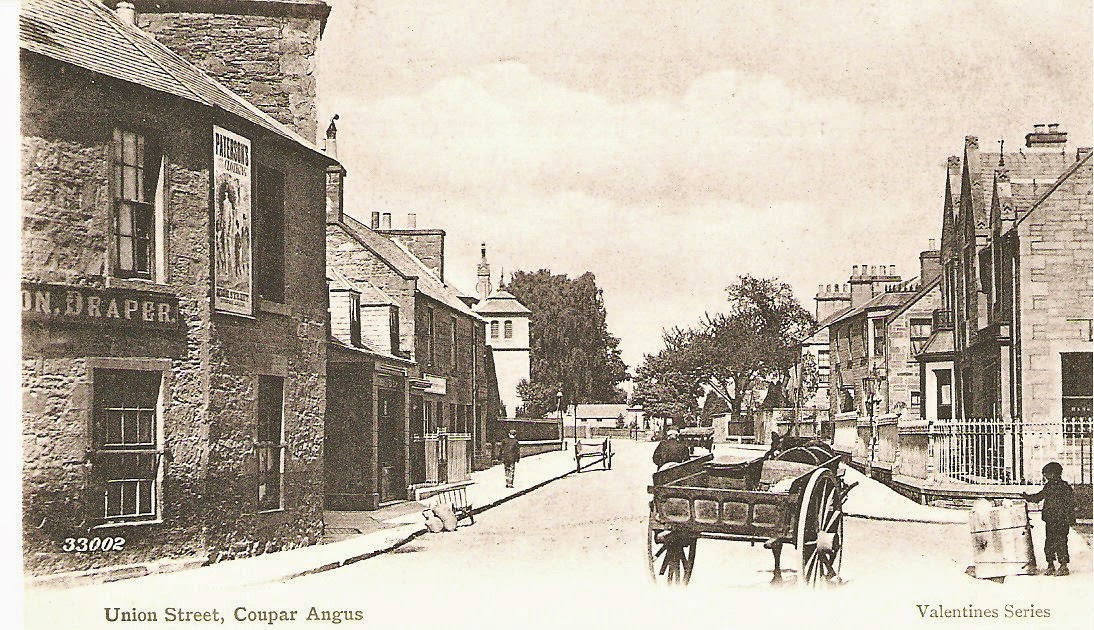 Union Street, Coupar Angus, at the turn of the 20th century

Alister Forsythe was a Presbyterian of firm and practical faith, expressed in active community service. He was particularly drawn to work with youth groups, where he proved a natural and popular leader. He was very interested in the Boy Scout movement, at that time still in its infancy. While living in Coupar Angus he was Assistant Scoutmaster with the Boy Scout Troop there. He became founder and Scoutmaster of the 1st Ludlow Troop in 1910 and by 1912 he was Scoutmaster of the Motueka Boy Scouts. He was on the Management Committee of the Riwaka Presbyterian Church, where he also served as a member of the choir and Sunday School teacher. A number of his Sunday School pupils eagerly followed his progress during the war and corresponded with him. [4]  It's possible that Forsythe secured his position with Brown Bros. through Presbyterian connections;  William Brown, founder of the original Brown & Kerr jewellery business in Nelson, was a Scotsman who had come out to New Zealand in 1863 and was for many years an Elder and prominent member of the Presbyterian church in Nelson. The Brown Bros. for whom Alister Forsythe worked were William Brown's sons, who went into business as a partnership on their own account after their father retired. 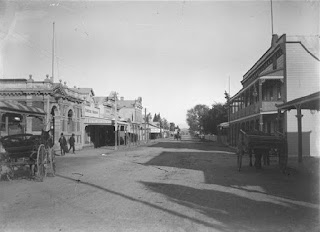 Forsythe's role as Scoutmaster of Motueka's Boy Scout Troop was taken into account when on the 30th September, 1912, the NZ Defence Force appointed him a Territorial Officer with the rank of Second Lieutenant, in command of Senior Cadet Company No. 55 at Motueka. This would not have necessitated a clash with his work with the Boy Scouts, as it was determined by the NZ Defence Force in 1911 that any properly-formed Boy Scout unit could be incorporated for training purposes with the senior cadets. [5] It was noted at the time in his favour that he had served for 5 years with the 5th Royal Highland Volunteers in Perthshire, Scotland.

Later Alister Forsythe transferred to the 12th (Nelson and Marlborough) Regiment of the NZ Territorial Force. When war broke out, he was commissioned as an officer with the 12th (Nelson) Company of the Canterbury Infantry Battalion, and left New Zealand from Wellington with the Main Body of the New Zealand Expeditionary Force on 16 October 1914. He served as Second Lieutenant commanding 10 Platoon of the 12th Coy., which played a significant role during the Battle of the Suez Canal in February, 1915. During that brief campaign he kept a record of events, including the death of Private William Ham, the first New Zealander to be killed in action during the First World War. Extracts from his diary entries were published in Nelson newspaper, the Colonist, and can be read here: 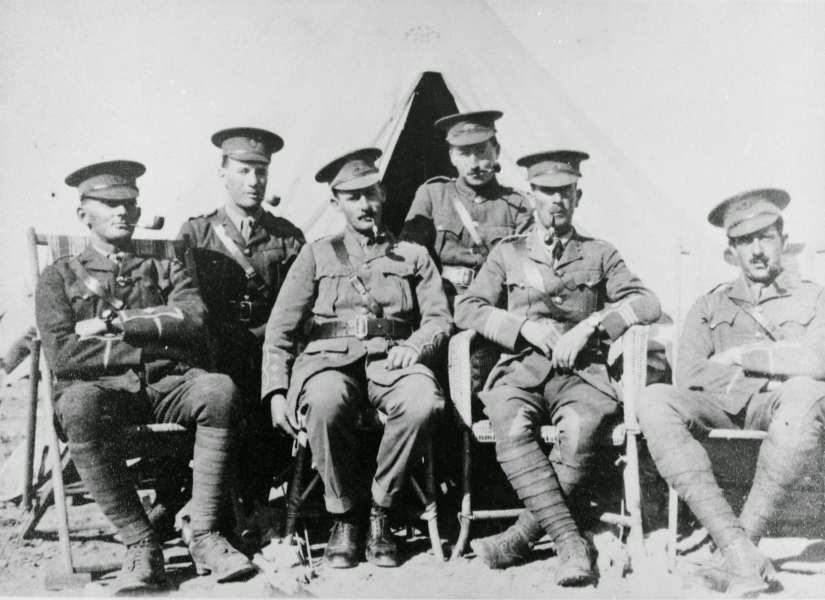 In his own words he comes across as keen as mustard and onto-it, an impression which accords well with the opinion of Cecil Malthus, who served with the 12th Company and noted in his memoir, Anzac: A Retrospective, “Forsythe was among the pick of the younger lieutenants … quick, eager and keenly interested in his men.” [6]

As well as keeping a diary, Alister Forsythe took photographs of the 12th Company training in New Zealand, on the troopship Athenic and in Egypt, and his photograph album is kept at the National Army Museum/Te Mata Toa, Waioruru, New Zealand. A selection of images from this album can be viewed online here.

Forsythe’s name was put forward for promotion to full lieutenancy, but he unfortunately ran out of time before this could be actioned. [7]  Around 5.00 p.m. on Saturday, 8 May, 1915, he was killed at the notorious “Daisy Patch” while his company was in the forefront of the second Allied push to capture the village of Krithia at Cape Helles, during the campaign on Gallipoli. The time and place of his death are recorded in Tales of Three Campaigns, the memoirs of Major (later Lt. Col.) C.B. Brereton, company commander of the 12th (Nelson) Company. Forsythe was one of his subalterns. Major Brereton commented, “We (the 12th Company) had two officers killed. Mr Forsythe was a fearless and efficient soldier, and strangely enough had that morning told of a strong presentiment that he would be killed during the day. He was quite cheerful about it, but could not be argued out of the idea”. [8] Major Brereton was himself seriously wounded during the same engagement and evacuated to England with head injuries.

Extracts from the diary of  Sergeant Fred McKee, a member of the 12th Company's 10 Platoon, commanded by Forsyth, detailed the action which cost Forsyth his life.

"Saturday 8 May. We advanced in artillery formation under fire across some open ground and then up a nullah (a creek with steep banks) for some distance. From there we suddenly doubled across the open ground behind Worcester's trenches and flopped down as quickly as possible, for the bullets were playing all around. We advanced to the firing line (in parties) which was about 100 or 150 yards in front and held by the Munster Fusiliers, and were't they pleased to see reinforcements, too. At 5.30 p.m. there was a general advance along the whole line, covered by French and British field artillery and warships. Off we went, and by Jove it fairly rained bullets as machine guns and rifles were let loose by the Turks.

But we only got about 300 yards and then made head cover till dark, and our losses were very heavy. Poor Lieutemant Forsythe was killed in the advance with a bullet through the head. We were all very sorry to lose our Platoon Commander, as he was a good officer and popular. It was a brilliant charge, that, but it cost us a lot of casualties; more than the landing did and still we were a long way from Krithia." [10]

Writing home from the Dardenelles in May, 1915, Pvt George H Hunter, another member of the 12th Company, reported: “Most of the Motueka boys are alive yet, although some have had pretty close calls. I suppose you have heard all about Lieutenant Forsythe. He was shot dead and was lying down when they found him, with his rifle still clasped in his hands. He was shot in the head and killed instantly, poor fellow”. [10]

And in a letter to his fiancée, dated 8 May, 1915, Malthus commented regretfully that “the enemy’s fire was not so deadly as in the morning, but our company’s losses were heavy enough, and included our best officer, Lieutenant Forsythe.” [11]

and at several places in his hometown of Coupar Angus, Scotland
He was the first casualty of the Great War from Coupar Angus.

Original Church Memorial, now the Abbey Church Halls.
All names on the still existing stone tablets have been replicated on the more recent brass tablets within the Abbey Church (see below).  (Scottish War Memorials Project website)

The Abbey Church memorial at Coupar Angus in Scotland.
(Scottish War Memorials Project website)
Stained glass window below which are brass panels inscribed with the names of the fallen.

and in the Scout Association's First World War Roll of Honour
Note that the date of his death is recorded incorrectly.
Entry reads: “Lieutenant Alister Forsythe, New Zealand Expeditionary Force. Late Scoutmaster and Founder of the 1st Ludlow Troop. Killed in the Dardanelles, July 1915.”

See also Private William Arthur Ham and the Battle of the Suez Canal
at the Prow website (Stories of People and Places from Nelson/Marlborough).